Product image for illustration purposes only. Actual product may vary.

The BC Racing BR series coilovers are the perfect choice for street driving with a dash of weekend warrior track action. Featuring easily accessible adjustment knobs and separately adjustable ride height, the BR series makes adjusting and maintaining your performance coilover system easier than ever. Ride height is independently user adjustable so you can dial in the exact look to reflect your driving style and performance needs. BC’s patented concave lower locking ring keeps all adjustments locked in and ready for precise predicable feed back in any scenario. BR series coilovers provide a strong, complete and attractive coilover system at a great price.

*Will NOT fit Cruze Limited with the 2015 body style* 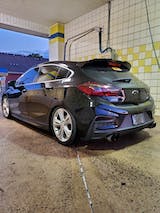 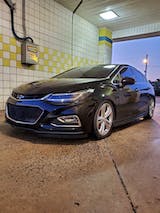 Received my coilovers very quick and got them put on with no hassle. I am very pleased with how they are, as I have had no problems. Love how it makes my car look!

Like them a lot but I’ve been having some annoying squeaking issues for a couple months now. It’s pricey to have them removed and sent in for warranty which sucks then I have to pay again to get them installed. Love the ride height and dampening but the annoying noises are becoming a neusense. Also the photos show end links which I never received which is deceiving.